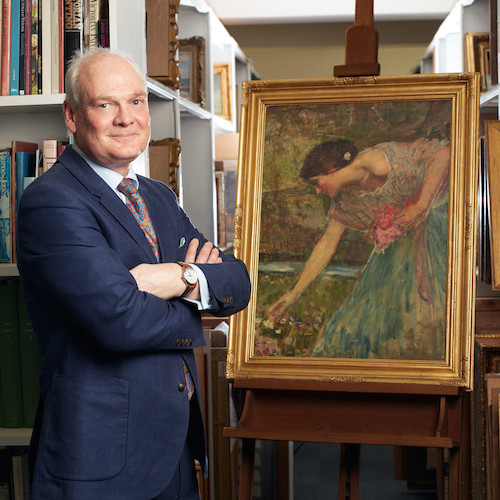 Charles O'Brien graduated from St Andrews University with a Masters degree in the History of Art in 1982. He worked for Sotheby's for nine years and then joined Bonhams as Head of the 19th century paintings department in 1992.

He has been responsible for the discovery and sale of a number of highly important pictures including a rare view of the Thames from Richmond Hill by the American Hudson River artist Jasper Francis Cropsey, which sold for £1.4m and a stunning portrait of a child by John Singer Sargent which realized $2.4m at Bonhams in New York. In September 2019 Charles sold a masterpiece work by the Turkish Orientalist Osman Hamdi Bey for a world record price of £6.69m.